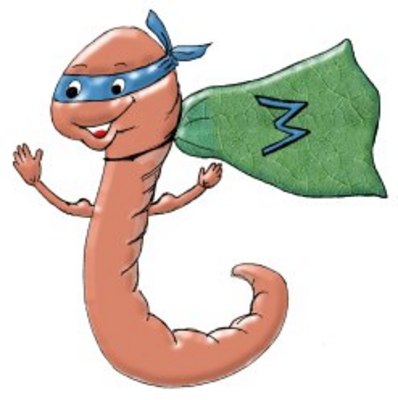 Carl and Bernie Moro had successfully owned other small business operations. Their experiences ranged from Financial Planning, Managing Real Estate, Full Line Insurance Agency, as well as being active in the community. Carl was President of the Chamber of Commerce of Apopka for two terms as well as founding President of Foliage Sertoma (Service to Mankind). Bernie served as President of the Insurance Women of Central Florida. They were very involved with their children in the Scouting Programs. The environment, good health and good nutrition have always been important in their lives.

In early 2001, after studying the Worm Industry, they decided that this was a very timely opportunity.. Worms can be the answer to our environmental problems. Green Garbage that is now being dumped in the landfill and the sludge that is being trucked out of the cities can be converted to Worm Castings. Worm Castings are fantastic Soil and Plant Enhancers. All of this is natural. Their thoughts were—-“Wouldn’t it be Great to raise the food we eat and the Grain we feed our cattle and poultry all Naturally!!! NO CHEMICALS!!!” They personally fear that the chemicals found in our foods contribute to many of the illnesses that are especially found here in our country.

They bought worms and began their worm farm. They built many beds for their beautiful little red-wigglers—-and they thrived. They increased and multiplied beyond expectations.

They continued to research their new venture and found that Australia was so far ahead of anything that we had going here in the States. In fact, they are about 12 years ahead of us as the Garbage and Landfill Problems faced them back in the early 1990’s.

They have a system by which they also capture the Worm urine which is called “Worm Tea”. This “Worm Tea” is like liquid gold as far as financial return is concerned—-but more important it surpassed the expectations you have for fertilizers and insecticides.—-plus —-It is all Natural.

Darryl Jones of The Vital Earth Pty Ltd, became their Mentor. He holds the International Patents on the Worm Pits, the Vermi-Converter, and the Easy Rota Worm Separator. They have received training directly from him.

They have now reworked all of the worm beds and made them into worm pits so they could not only breed worms and have castings——but more importantly, could produce the Worm Tea. The Worm Tea is an ongoing income. With training they have found that for every 100# of worms, they could produce approximately 20 gallons of Worm Tea per month.

Also the Commercial equipment was made available to them and their Associates. This opens up a wide and varied aspects of the worm business. Now, associates can retail Equipment both Commercial and residential along with selling their own worms at retail rather that wholesale.

The residential and Classroom unit, The Can of Worms is also available to Associates at Wholesale Prices as Our Vital Earth Inc. purchases in volume. Associates can stock these units when sold (at retail) with their own worms——again giving them retail prices for their worms rather than wholesale. Another stream of income is being provided.

Our Vital Earth Inc.’s commitment is to help each associate reach their personal goals in the Worm Business.